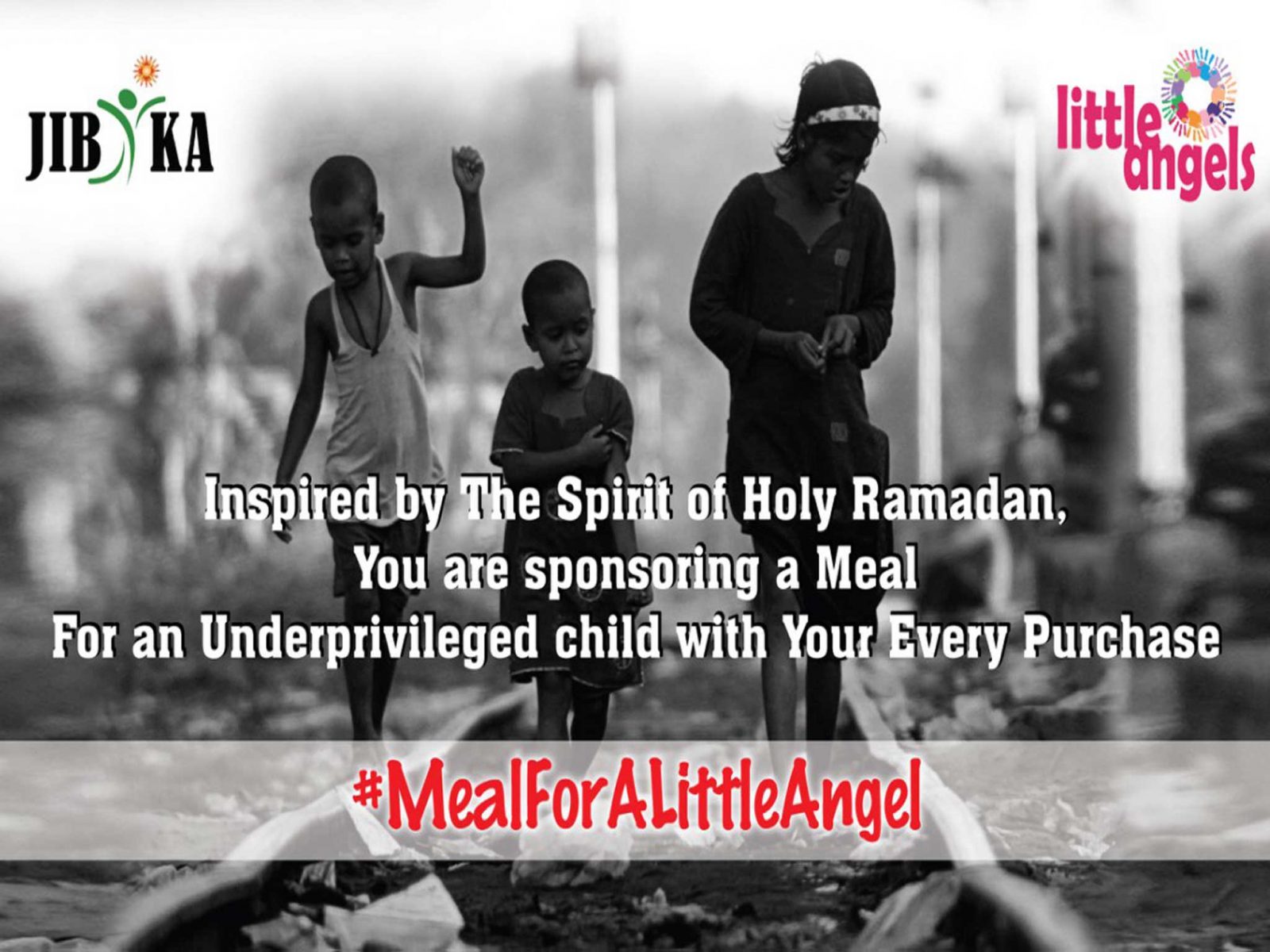 JIBIKA wants to treat 30 street children in a restaurant/cafe/fast-food shop to gift them a splendid moment and  perhaps a lifetime experience. We want to bear all the expenses of their food and if budget allows buy them some grocery to take back home.

We will randomly select poor street children and feed them quality meal at a luxurious food shop in different areas of the city with similar budget range. A small gift hamper including rice and pulses for them to take back home will be provided too.

Total Cost for Entire Event: 70,000 taka. If you think this is an event worth sponsoring, then please sponsor a child for only BDT 1400 USD 17.

You can sponsor as many children as you want. We will stop collecting money once the total amount has been raised. If money saved, we will increase number of children.

Note: Our team / volunteers will bear their own food expense from their own pocket.

Azizul Hoque needs to be debt free to survive

Azizul Haque is a 65 year old poor guy with 2 daughters and a son, from Faridpur district. Due to his illness he has a taken loan of BDT 30,000 from local merchants at 10% interest rate with no fixed term. Now to repay this he needs to pay 250 taka daily through rickshaw pulling. He has paid more than 15000 taka but his principal amount remains same. This will go on and he will hardly be able to pay the principal as the profit is 100 taka per thousand evert month. No matter how much he pays, it goes in the profit/interest amount and the principal remains same. He needs to get rid of this and start a small business to survive better.

JIBIKA has estimated an amount of BDT 55,000 to accomplish the mission. This will clear-up his dues in next 4 months and also enable him to start fresh with a vendor business.

We have paid of all his dues. Now we need 10,000 taka to arrange him a sustainable living. He wants to buy a rickshaw and give it for rent. This way he will earn 3000 taka a month. And he will earn something by himself. When he has a moderate amount of money saved, he may move to his village and start a business there. To help him, please DONATE HERE

We donated further 7500 taka and he bought a rickshaw with his equity of 2000 with it. He is happy now and living a better life.

Feed the Poor in Ramadan

JIBIKA wants to feed at least 20 persons per night including children who live on streets and are have-nots or working poor. We would buy them a dinner pack (polao/tehari/biriyani+water) for each of last 10 days of Ramadan. Every night, we shall feed 20 new people. So our target is to feed at least 200 people in 10 nights within Dhaka and Chittagong. The average cost per meal per person would be BDT 100 (USD 1.25) only. So we are looking for a fund of at least BDT 20,000 or USD 250. Please come forward and sponsor as many meal as you can.

JIBIKA Foundation in Collaboration with Littleangelsbd.com has started a Campaign where LittleAngels will donate 100 taka for each of its transaction exceeding 800 taka to sponsor a meal to an underprivileged child/person. This is valid for the last 10 days of Ramadan. So if you are looking for buying stuff for your kids, please visit Little Angels at Banani 11.

Finally we ended up feeding 800+ people. Thank you all for supporting. Below is a small video to give you an idea of our campaign. 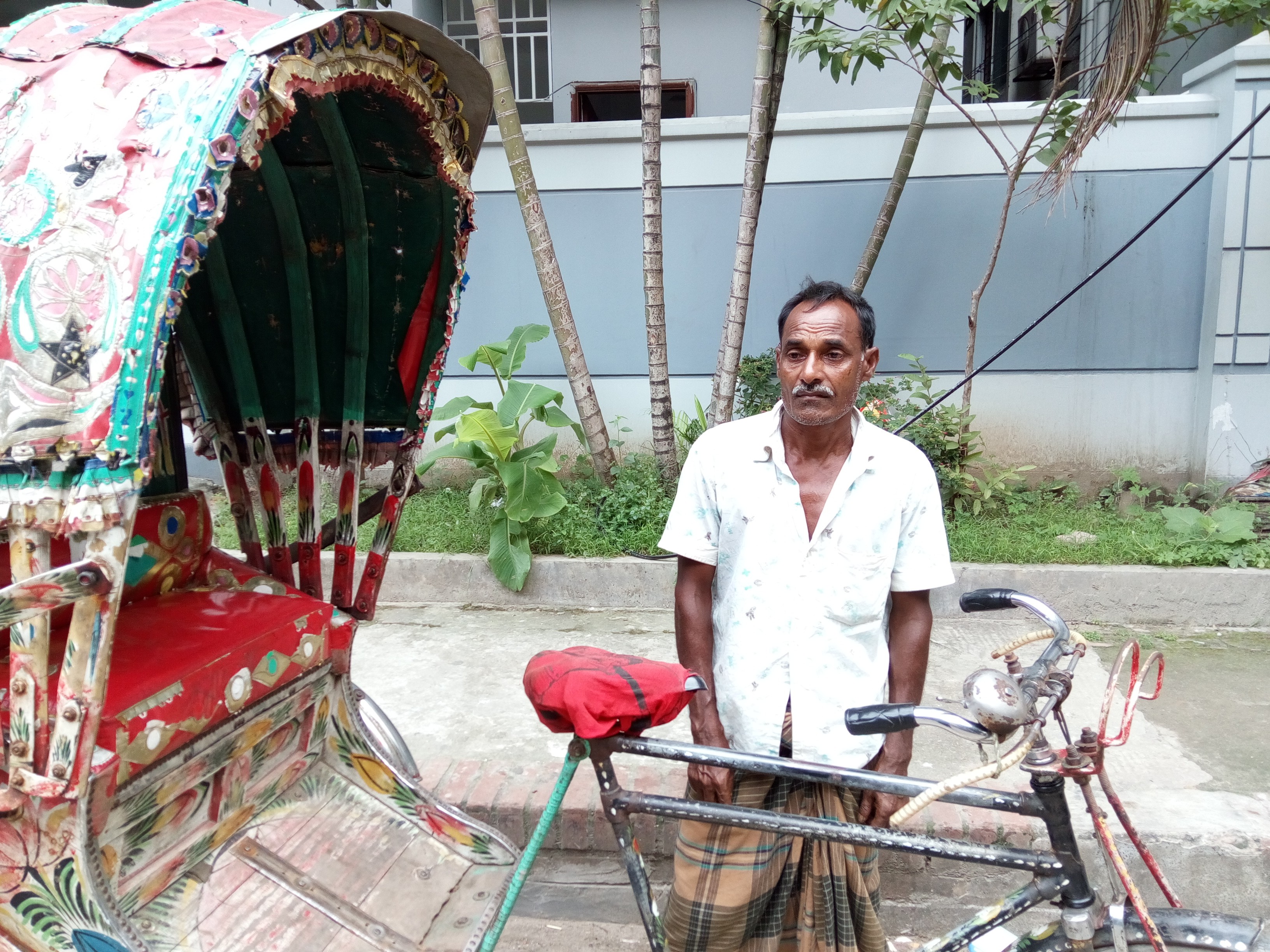 Md. Aynal, a 50 year old man from Polashpur thana, Gybandha district is struggling to survive being a victim of the brutal socio-political system. He has chosen Rickshaw pulling as his occupation now in Dhaka despite his ill health. But he was not a rickshaw-puller nor an extremely poor.

Years ago he used to be a nursery owner living by selling plants. He was doing ok to live with his small family with 1 son and 1 daughter. Eventually he got influenced by social peers to get into cattle business and he invested 1 lac taka there. He was doing ok and made 40,000 taka profit within 3 months. Then the misfortune hit him. One day he went to Dinajpur to buy cattle and while returning from there his cow was confiscated by the Border Guard Bangladesh as they suspected it to have illegally entered from India. Many micro producers like him were victims to this. They were informed that these cattle will be auctioned and they can bid if they want. Later they could not manage enough fund to bid for the auction. Someone else took away their hard earned property infront of their eyes.

Aynal found himself in deep sea as he had borrowed money (20,000) from local people to buy the cow. He then had no option but to take a micro-credit from BRAC. In the meantime he was hospitalized for an illness for six months in Rangpur which cost his family more money. He became an Extremely-Poor eventually. Now he pulls rickshaw to repay his debt to micro-credit. He has returned half of it and still owes 8000 to BRAC. Moreover he has enrolled his son into Palashapur College to compelte his BA exam. This requires him to pay 3000 taka a month. His daughter who reads in class 8 now, also requires some money for school fees. So he has no option but to pull his rickshaw hard no matter how ill he is.

JIBIKA wants to repay his debt of taka 8000. After that we will invest 20,000 taka for him to restart a nursary in his village/town. He said he is confident and skilled in this business and also sees enough demand in the market. He thinks he can manage his household living this way by staying with his family. This will also relieve him from labor intensive occupation such as Rickshaw-pulling.

So JIBIKA invites kind people/firms to come up with donations, charities, Zakat, CSR etc. to help this poor man survive and also allow his children to complete study.

So far we have donated him 12,000 taka. He started the nursery business. However his plants have been devastated by the recent flood and he is back in astray. So we need to fund him for his recovery and re-employment. An estimated amount of another 30,000 is required. To help him rehabilitate please DONATE HERE

We donated further 8,000 to him and he managed the rest. He has left rickshaw pulling and lives in his home now with his family and earns from his nursery.