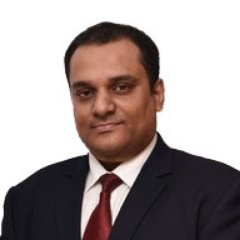 Unemployment is found to be the root of all social nuisances.  People are migrating towards the capital city everyday to seek opportunity to survive and thus making it a densely populated and unhealthy city to live in. Byproducts of unemployment are mugging, drug addiction, political killings and murders causing social unrest.

Many Government and NGOs seemed to have tried to address these issues and poured in money over the years but development is yet to be achieved with respect to informal sector specially the extreme poor.

There hasn’t been consistent initiatives to create employment and/or enterprise opportunities at grass root level leading to economic development. There has been change in fiscal, monetary, agro and technological policies but what we saw is Rich getting Richer and the Poor getting Poorer. Average social floor has hardly increased in real sense. Nothing much has happened to enhance the purchasing power of the Poor to ensure basic physiological needs.

So today when we look deeply into the streets of Dhaka city or in the Rural Bangla we can see that people are sleeping on pavements bare footed and almost empty stomach whereas plenty of foods are being wasted in the fast food shops and restaurants. Old people are seen pulling Rickshaws in the scorching heat while some are arranging air condition for their pets at home. Small children are moving around selling goods or breaking bricks while some are fighting over which TV channel to watch. Class difference has become even bigger in the South despite all MDGs and SDGs. Yes, the GDP has increased perhaps if that is the only concern and indicator of social well-being 🙂

These Poor, old and young people would not have been in the situation they are in today, had there been opportunities for them to do something back at village or even in urban cities. Decentralization of Central Government can play a vital role in State-led development. Our Religious or Philanthropic attitudes can also bring big differences in their lives. We have to remember that they are not poor by choice but by chance. They can change this situation if they are given a little support!

So we, a team of volunteers who are socially responsible and philanthropic in attitude, took some initiative to help some of these poor and helpless at our best capacity and improve the ‘JIBIKA’ of these underprivileged.