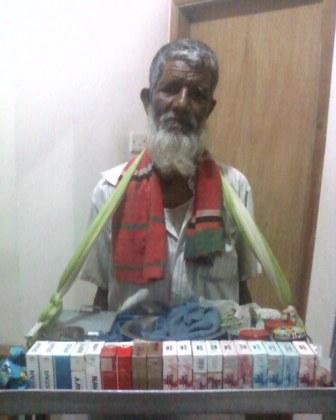 Ahsanullah, an 80 year old guy trying to pull rickshaw only in evening and ends up earning 100 taka a day. His wife expired few months back due to lack of treatment. His younger daughter who used to work at garments factory is also bed ridden on account of typhoid. He has mortgaged her gold ear ring at 2000 taka for her treatment. He has to pay 400 taka a month for installment. His another daughter came back to him with a baby child on her account. The old man is fighting hard to survive. He comes from the district of Nowakhali where his belongings and collaterals were washed away by the tyrant tide. Currently he lives in Gabtoli and rides rikshaw from there into the city.

He has expressed his interest to start a vendor business with betel leaf and cigarettes which would help him earn more or similar but at less physical stress. He also needs money to cure his daughter so that she can start earning again.

Based on an estimation done by JIBIKA Management, it was found that an amount of 6500 taka would help this old man start a rejuvenated life.

We are requesting all of you to contribute and invite others to do so in making this project successful.

N.B: Anyone having doubt on the authenticity of the facts of the old man, is earnestly requested not to contribute. 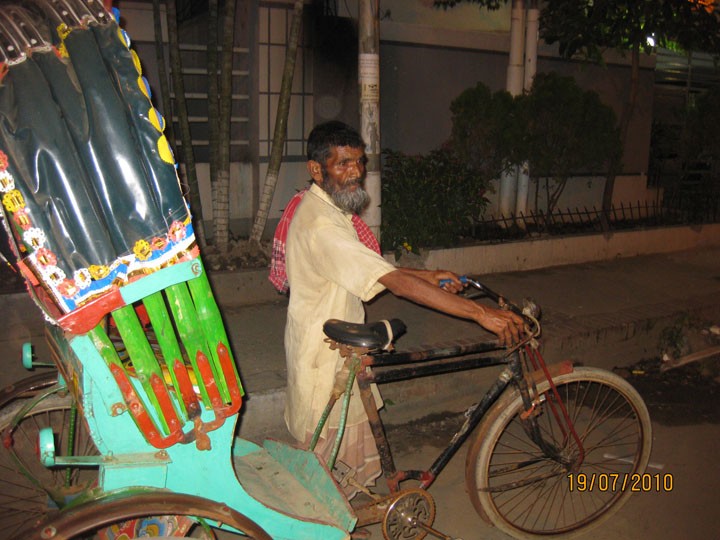 A poor 72 year old rickshaw puller from Borga was identified by JIBIKA having difficulties in driving rickshaw in the Dhanmondi area of Dhaka city. After being interviewed and assessed it was found that he took 21000 loan from BRAC to build his house and have managed to pay off 10000 taka till date. He needs 11000 taka more to pay off his micro credit loan to BRAC.

He is compelled to pull riskshaw as no other profession dims fit for him at this age. Even pulling rickshaw is harder. He cherished that he could start selling vegetables at the local Haat if he had paid off his debts and saved 3000 taka extra to buy initial vegetable inventory.

With one of its mandate to help old poor rehabilitate with better employment opportunity, JIBIKA intends to pay off his remaining debts and help him go back home and start a vegetable business that would cost less labor at this age. His children had already left him and his old wife lives alone back at home. He visits home every Tuesday to pay off 400 taka loan installment.

We seek assistance from all kind people to help us help this old man survive and live a peaceful life in his last days.

The 12 year boy was found on the streets reselling chocolates at 10 pm in the late evening. After a short discussion it was found that his father father got married again and had left his mother with a 2 year old younger brother and himself. The boy named Sabbir Hassan claimed to have studied in Class 4 in a government school. His mother earns their livelihood by sewing clothes and taking orders for embroideries. He starts selling chocolates after he returns from school. With the earning of his mother and himself, they manage to pull off 3000 taka a month from which they may 1200-1500 taka as house rent. Rest is for their food and clothing. The boy informed that his mother was saving money for winter to buy him a flusk to start tea business as it yields better return. Knowing the fact and analyzing their current pattern of income, Jibika found that buying him a flusk and necessary itinerary would definitely help them find a sustainable income with better livelihood.